Haruyoshi is the strongest onmyouji (diviner) in his world. He`s betrayed by his friends and, on the verge of death, he wishes to be happy in his next life. He then attempts a secret reincarnation spell. The spell is a success and he is reincarnated, but somehow it`s in another world. He is reborn into a distinguished family of wizards, but is judged to have no magical ability. He soon realizes however that the magic in this world is nothing compared to his old onmyou arts, and he declares that he doesn`t need magic. He thus begins his easy life in another world with his onmyou arts and a multitude of youkai creatures who follow him. 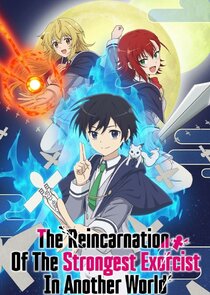