Based on Sex Pistols' guitarist Steve Jones' memoir, which offers a fascinating new perspective on one of rock's greatest ever stories, Pistol moves from West London's council estates, to Vivienne Westwood and Malcolm McLaren's notorious Kings Road SEX shop, to the international controversy that came with the release of Never Mind the Bollocks, which is frequently listed as one of the most influential albums of all time. 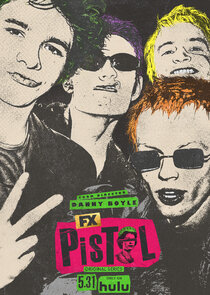