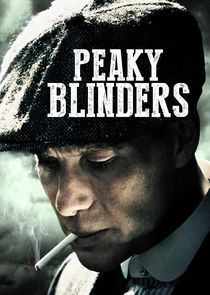 Tommy sets off to North America, where the end of Prohibition brings new opportunities. But he faces new danger from an old adversary who is finally making his move.

Tommy gets involved in a power game with fascists, freedom fighters and Boston gangsters. As the players plan to double cross him, Tommy visits an old ally in Camden.

As Ruby is rushed into hospital for urgent treatment for consumption, Tommy is more convinced than ever that his family has been cursed. He sets out on a journey to a gypsy camp to discover who is responsible and how his family might be saved. Ada takes charge of the situation, instructing Arthur to round up some new recruits and head to Liverpool to deliver a warning.

Tommy establishes a connection between crime and political power that could alter the course of history. He also receives life-changing news from an unexpected source.

In the light of extraordinary personal revelations, Tommy takes a course of action that will change everything. Meanwhile, his enemies' plans start to fall into place.

A war veteran who fought in the trenches, Tommy Shelby has been a gangster, an entrepreneur, a captain of industry, a spy and ultimately a Member of Parliament. In the course of this odyssey, he has taken on numerous criminal organisations, business adversaries, foreign insurgents, and the British Establishment itself.

Now, in the 1930s, as the clouds of the coming storm gather, he faces the consequences of his experiences and his actions.