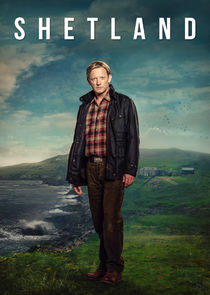 DI Perez investigates the disappearance of a vulnerable young man, whose family are new to Shetland. Has whatever they are running from come back to haunt them?

After the discovery of an unknown body, the search for Connor grows increasingly desperate. Perez follows Danny on a perilous journey into his murky past.

Mounting evidence pushes Perez and the team to revise their view of missing man Connor Cairns.

The identity of the new murder victim casts doubt over whether Connor is a vulnerable missing man or a killer on the run. Rachel Cairns is horrified by the suggestion her son is involved, but Perez's interest is piqued when Abbie confesses her brother used to work for drug gangs in Glasgow.

Procurator Fiscal Maggie Kean encourages Perez to revise the missing person's case, while a facial reconstruction of the unidentified body in the suitcase leads to a possible match on the airport CCTV footage.

Later, when Connor's phone is recovered from the search area, the geolocation data shows repeated trips to an unknown remote spot in Shetland, surely Connor's 'safe place'. However, this breakthrough in the case puts one of the team in grave danger.

As the team process the aftermath of the explosion, Perez sets his sights on Connor as the bomb-maker and prime suspect. Rachel Cairns is outraged, believing her son is the victim not the perpetrator.

Perez's team interview those closest to Connor in search of any extremist beliefs. While Jamie, Murry and Lloyd reject the notion Connor is capable of violence, a despairing Danny admits environmental issues had stirred up anger in his son.

Elsewhere, Sandy tries to fill in the missing pieces about the body found in the voe - William Rodgers, a US citizen. Sandy discovers William worked in the energy industry but his links to Shetland remain unclear and the reason for his death a mystery.

With her family in turmoil, Abbie grows suspicious of Martin the photographer, who is showing an unhealthy interest in the case. Enlisting the help of Clana, she steals Martin's SD card and is stunned by the content.

The investigation takes a chilling turn when another body is discovered at the foot of a cliff. The scene suggests suicide, but the post mortem reveals an altogether more disturbing reality.