Prodigal Son centers on Malcolm Bright who has a gift. He knows how killers think, how their minds work. Why? Back in the ‘90s, his father was one of the worst–a notorious serial killer called "The Surgeon." That's why Bright is the best criminal psychologist around; murder is the family business. Bright uses his twisted genius to help the NYPD solve crimes and stop killers, all while dealing with a manipulative mother, annoyingly normal sister, a homicidal father still looking to bond with his prodigal son, and his own constantly evolving neuroses.

Malcolm Bright knows how killers think and how their minds work, because his father, Dr. Martin Whitly, was one of the most notorious serial killers, called "The Surgeon." Alongside his longtime mentor, Gil Arroyo, and detectives Dani Powell and JT Tarmel, he helps the NYPD solve crimes by profiling killers, while also dealing with a manipulative mother, Jessica Whitly, an annoyingly normal sister, Ainsley Whitly and a homicidal father still looking to bond with his prodigal son.

Bright jumps at the chance to help Arroyo solve a quadruple homicide for the NYPD. As Bright slips into the mind of this serial killer, he finds himself dealing with the repercussions of seeing his father for the first time in years. Tormented by the terrors of his childhood, Bright is faced with a question: are his dreams just nightmares or did they actually happen?

Malcolm gets his dream interview opportunity when the NYPD zeroes in on one of his and Martin's favorite psychologists, Dr. Elaine Brown, who may be involved in a homicide linked to an LSD-laced psychology trial. Meanwhile, as his night terrors continue to evolve, Malcolm checks in with his trusted childhood therapist to discuss new theories on what exactly he witnessed as a child, and the consequences of Malcolm's visits with The Surgeon begin to add up when Gil, Jessica and Ainsley catch wind that he has been seeing his father again.

As Malcolm's childhood memories start to take shape, he realizes his father's killing spree may not have been a surprise to everyone in his family. While Malcolm continues to investigate his past, the murder of a famous model and social media influencer sends him, Gil, Dani and JT on the hunt for a stalker with a creepy eye for design.

Malcolm searches the depths of his mind to unravel the mystery of "the girl in the box," but with his night terrors and lack of sleep increasing, his real life becomes more and more of a blur. When the NYPD investigates a homicide they assume is linked to a drug cartel, Malcolm discovers a secret about Dani's past that draws them closer together.

All Souls and Sadists

When Bright uncovers a photo of himself and Martin from when he was a kid, he is forced to focus on the repressed memories from his childhood psyche. Meanwhile, he finds himself bonding with a young boy connected to the NYPD's latest homicide. Also, Jessica and Malcolm finally agree on one thing – they must put a stop to Ainsley's idea to interview "The Surgeon".

Bright's quest for answers about his childhood leads him to a junkyard, where he's bombarded with gunshots. Narrowly escaping, Bright and the NYPD discover multiple bodies on the scene, with victims spanning decades. Gil, Dani, Frank and Bright must investigate this serial killer who Bright suspects has something to do with "The Surgeon." Meanwhile, Ainsley's exclusive interview with Martin takes an unexpected turn, forcing her to team up with Bright.

As the NYPD digs into the "Junkyard Killer" case, Malcolm realizes the main suspect may have had a connection to his father. As news regarding this serial killer spreads, Ainsley itches to be the first one on the case, while Jessica panics, fearing she may never be able to leave the past behind.

When Martin is locked away in solitary confinement and the FBI takes over the Junkyard Killer case, Malcolm uses his spare time as an excuse to try out a "normal" lifestyle. Things go well, until he accepts a challenge to "profile" his date. Meanwhile, the NYPD tracks a new homicide that's linked to an elite underground sex club.

Knowing that the "Junkyard Killer" was in cahoots with his father, Malcolm goes against the FBI's wishes and continues to investigate. His findings reconnect him with a disgruntled ex-detective who was once heavily involved in the search for "The Surgeon," delivering them both into danger. Meanwhile, the holidays are anything but jolly for the Whitly family, when an epic blowout with Ainsley leads Jessica to take matters into her own hands. Also, Colette Swanson, the steadfast FBI detective who's now in charge of the case, seems to have a personal vendetta against Malcolm.

The FBI and NYPD band together to save Malcolm from the "Junkyard Killer," aka John Watkins, who Watkins reveals shocking details about his involvement in the camping trip memories that have been plaguing his psyche. Meanwhile, as Gil looks for answers from The Surgeon, Ainsley and Jessica search through their memories of the past, hoping to find some sort of clue as to where Malcolm could be hidden.

Following a mysterious and catastrophic incident in the precinct, Bright faces an internal affairs review as Gil and the team worry about his mental health.

Malcolm takes a detour from his mandated vacation time when he finds out a killer on the loose is mimicking homicides from one his favorite children's books, "The Count of Monte Cristo." With added help from a very excited Martin Whitly, the NYPD trace the case back to a high society family planning one of the biggest weddings of the season, so Malcolm and Dani get dressed up to attend the event and track down their culprit. Meanwhile, Jessica scores an invite herself and is eager to make her return to the New York elite.

Eye of the Needle

Jessica continues to search for more information on the "Girl in the Box," but is confronted by the "Carousel Killer," who has a very public vendetta against the Whitlys. While the NYPD investigates families tied to Martin's victims, it's ultimately up to Malcolm and Jessica to track down the tip-line caller - turned killer - who is blackmailing her. Meanwhile, Ainsley receives a big promotion at work, but quickly realizes she may never escape the high demand for serial killer reports.

When a body is found professionally preserved and embalmed, the NYPD teams up with Edrisa to go undercover at a convention of funeral directors. While there, they discover their top suspects - morticians Tilda and Dev - who used to be in business with the victim. Then, enter the mind of a serial killer as Martin revisits his past through a series of hallucinations.

When a motorcycle gang robbery turns into a murder, Malcolm and team are called to the scene to investigate. While he's working on a profile, he runs into an old friend from boarding school, licensed insurance investigator Vijay. Together they work to uncover the identity of the murderer and his accomplices who stole millions in watches. Meanwhile, Martin blackmails Jessica, exchanging his silence about who stabbed him for more quality time with his son.

The NYPD dives into a case surrounding a famous mommy blogger, whose husband was mysteriously stabbed just days after their baby was born. Meanwhile, Bright finds his way back to Eve, but can't shake his paranoia that there's more to her than meets the eye. To help ease his nerves, Ainsley helps him do some investigating and uncovers a secret she has been keeping.

When an up-and-coming ballet dancer is mysteriously poisoned, the NYPD dives deep into the rigorous world of dance. Meanwhile, Jessica reunites with an old friend, socialite Nicholas Endicott, and Bright and Eve turn to Martin for answers regarding the girl in the box.

After a catastrophic turn of events, Malcolm and Ainsley are convinced there's more to Nicholas Endicott than meets the eye. Their only hope just might be an impromptu Whitly family reunion.

Malcolm continues to unravel as the mystery of the girl in the box comes to a head. As Nicholas Endicott's true colors continue to show, the Whitlys must decide to what lengths they are willing to go in order to take him down. 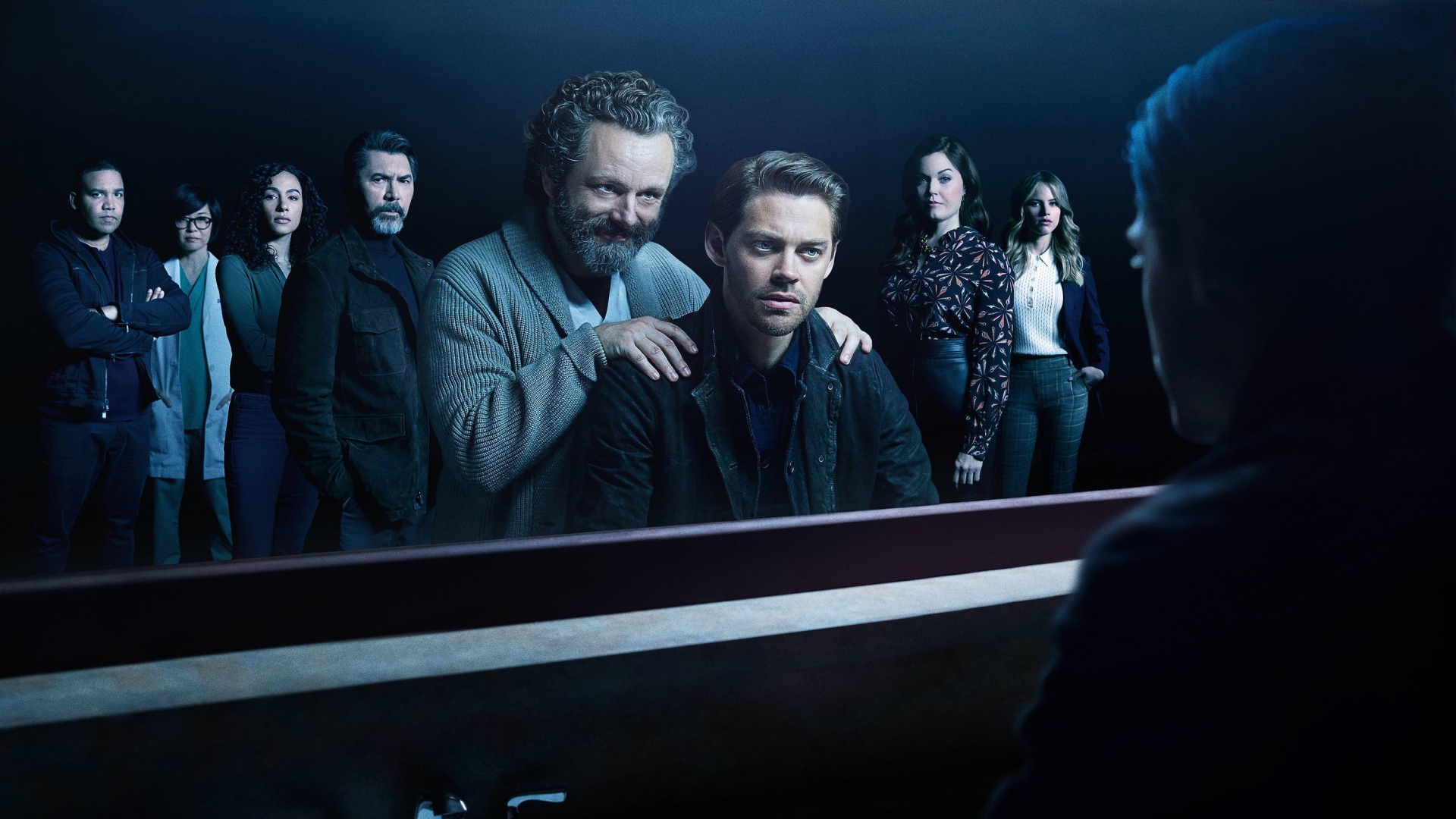