Shoplifters of the World film

I Saw the TV Glow film 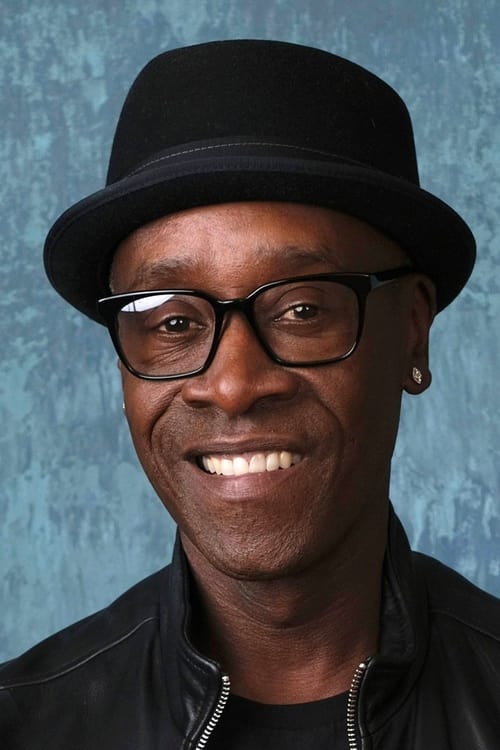 Donald Frank Cheadle Jr. is an American actor, author, director, producer and writer. Following early roles in Hamburger Hill (1987), and as the gangster "Rocket" in the film Colors (1988), he built his career in the 1990s with roles in Devil in a Blue Dress (1995), Rosewood (1997), and Boogie Nights (1997). His collaboration with director Steven Soderbergh resulted in the films Out of Sight (1998), Traffic (2000), and The Ocean's Trilogy (2001–2007). He was nominated for an Academy Award for Best Actor for his lead role as Rwandan hotel manager Paul Rusesabagina in the historical genocide drama film Hotel Rwanda (2004). From 2012 to 2016, he starred as Marty Kaan on the Showtime comedy series House of Lies; he won a Golden Globe Award in 2013 for the role. Since 2019, he has starred as Maurice Monroe in the Showtime series Black Monday, a role which earned him a Primetime Emmy Award nomination in 2019. He extended his global recognition with his role as the superhero War Machine in the Marvel Cinematic Universe, replacing Terrence Howard, appearing in Iron Man 2 (2010), Iron Man 3 (2013), Avengers: Age of Ultron (2015), Captain America: Civil War (2016), Avengers: Infinity War (2018), Captain Marvel (2019), and Avengers: Endgame (2019). 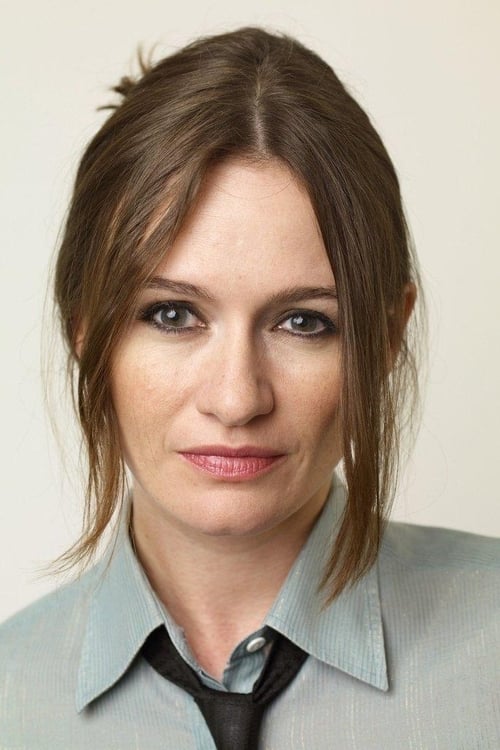 Emily Kathleen A. Mortimer (born 1 December 1971) is an English actress. She began performing on stage, and has since appeared in several film and television roles, including Scream 3, Match Point, Lars and the Real Girl, and Shutter Island.

Lars and the Real Girl film 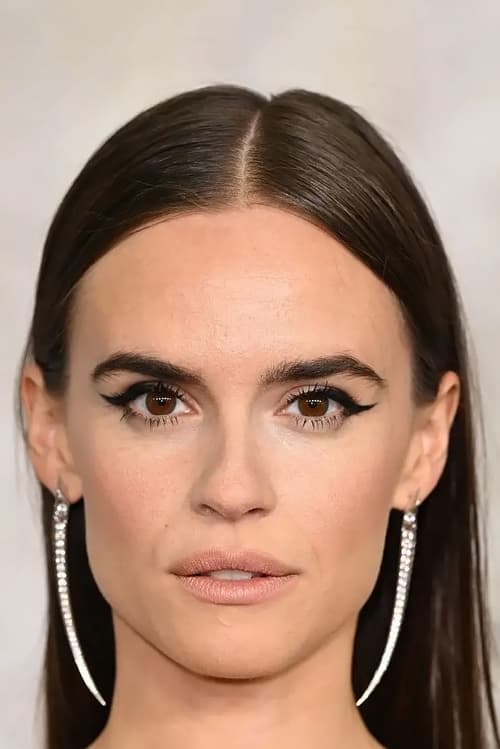 The Lord of the Rings: The Rings of Power sorozat

What Lies Below film 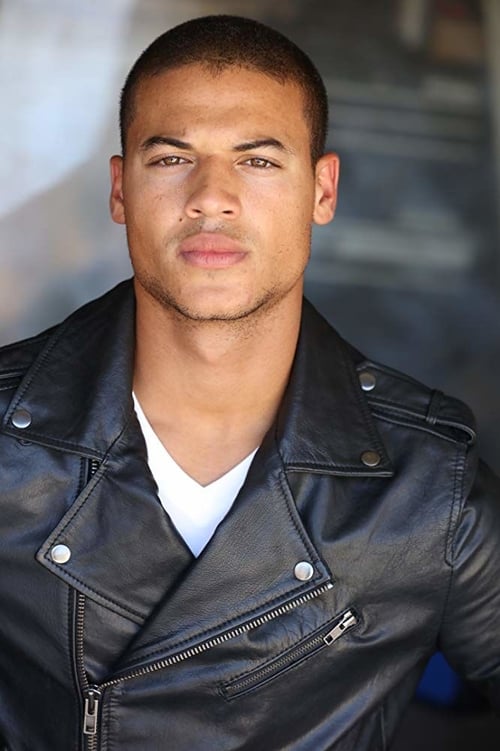 Television actor and model best recognized for his role as Diego in the Netflix show 13 Reasons Why. He is also known for his appearances on the shows Runaways and Don't Look Deeper. 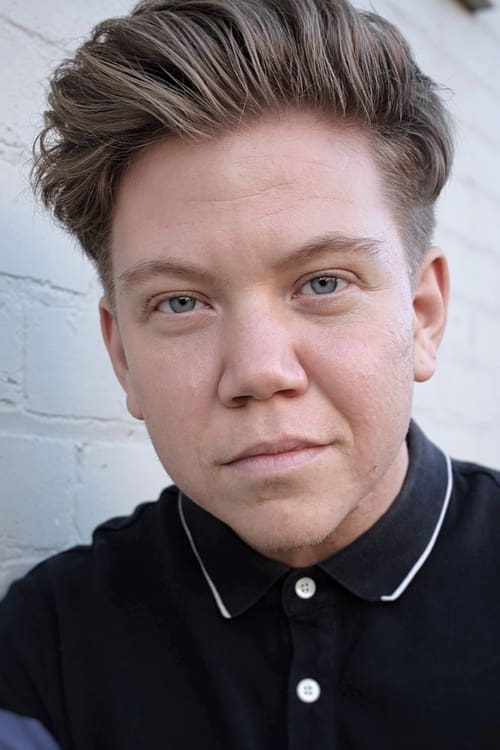 Harvey Zielinski is an Australian female to male transgender film and television actor and writer. 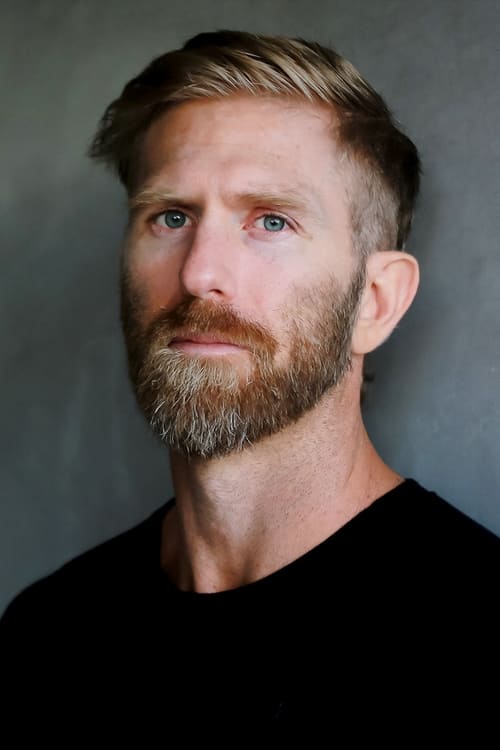 Kaiwi Lyman-Mersereau was born and raised in Honolulu, Hawaii, where he played water polo, surfed, paddled outrigger canoes, practiced Brazilian jiu jitsu, and sailed but nothing excited him more than being on stage. Kaiwi has experience as a close up magician and has won and placed in several magic competitions. He was fortunate to have four years of intense theater arts training in high school at the Mid-Pacific Institute School of the Arts. After high school Kaiwi moved to California in 2002 to pursue his passion in the entertainment business. He attended Santa Monica College and, to fulfill an assignment, in the first few weeks of class, he delivered a monologue from The Crucible. The teacher realized his experience was beyond an Acting 101 class and had him then deliver the monologue to the drama department head. She immediately recognized his talent and suggested he audition for Julliard School. Kaiwi was determined, however, to get a screen role and it wasn't long before he got his first break when, in 2003, Kaiwi played the lead role of Colin in the horror film, Trespassers. Since then he has taken on a variety of different projects. His work displays his range of roles, from comedic to dramatic, in numerous films, TV shows, webisodes and commercials. 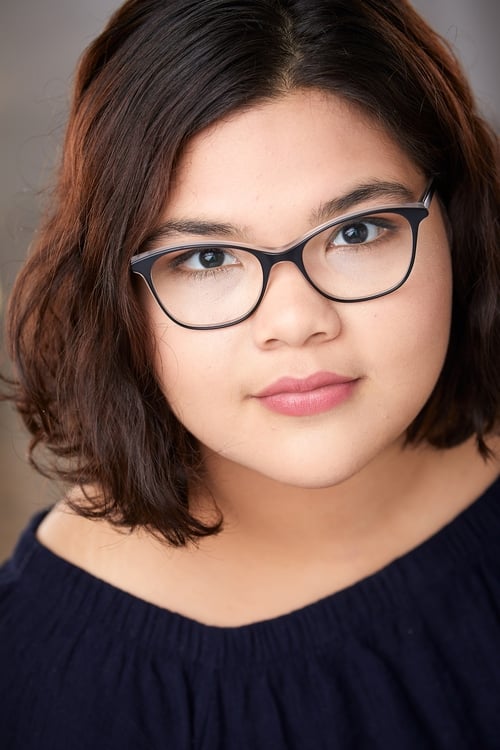 The Baker and the Beauty sorozat 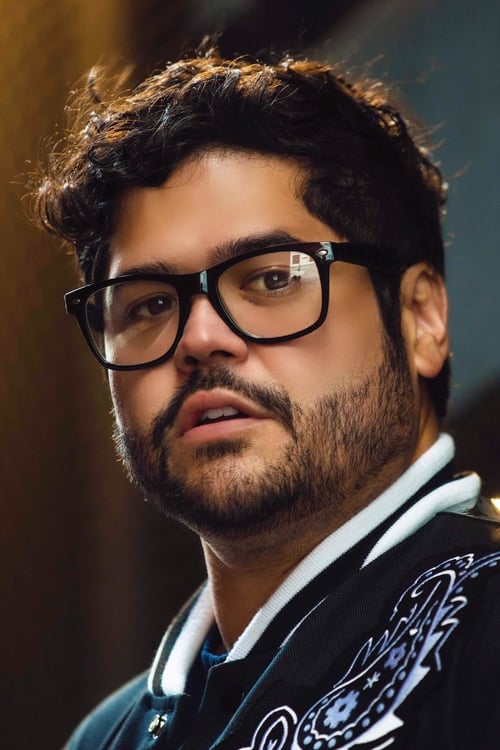 What We Do in the Shadows sorozat 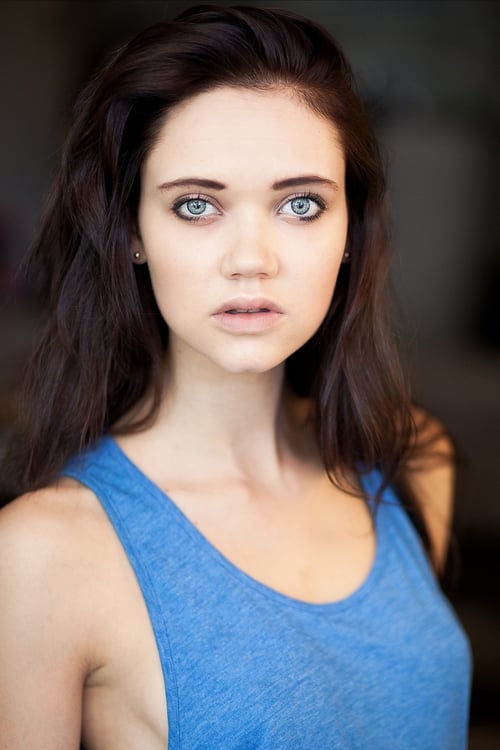 Kayleigh Gilbert is a Film actor 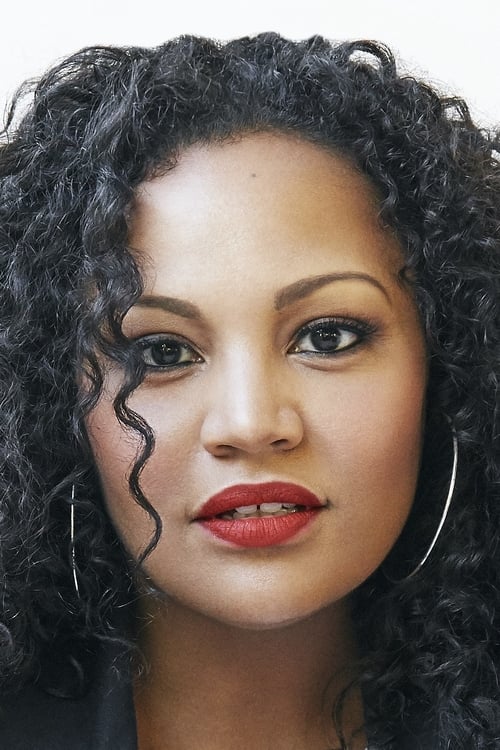 Dana Gourrier is an American stage, film and television actress, best known for her supporting roles in Quentin Tarantino's feature films "Django Unchained" and "The Hateful Eight". She holds a BFA in Performance Art from the University of Louisiana, Lafayette, and an MFA in Acting from the California Institute of the Arts, Valencia, USA. 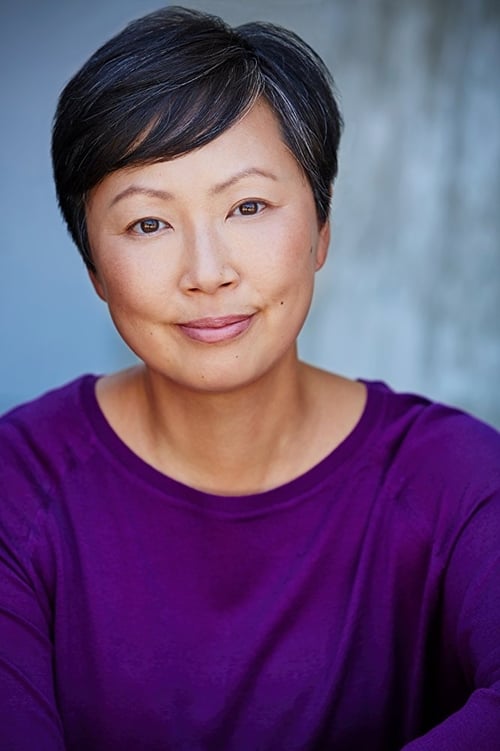 Amy Anderson is an American comedian, actress, and writer. She was born in Seoul, South Korea and adopted, as an infant, by American parents and raised in suburban Minnesota. 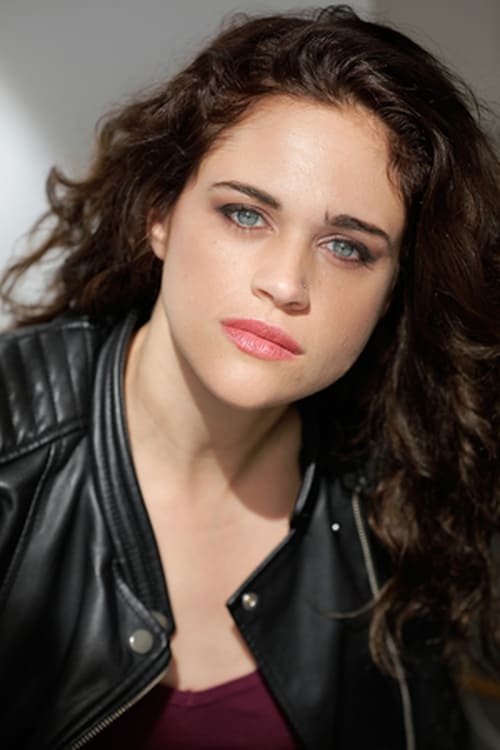 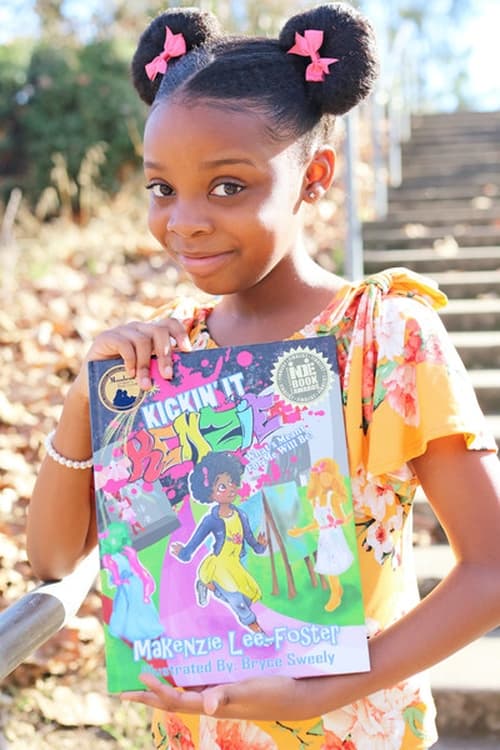 Actress and now child author, Makenzie Lee-Foster, can't be boxed-in. Born in San Jose, California, Makenzie started her acting career at two years old. She starred as Young Deja Andrews, the rebellious Pearson foster child, in the Emmy-award winning drama, This Is Us. In Dee Rees' short film, "The Box," for the 90th Academy Awards, Makenzie starred as a young girl imagining her space adventure and refusing to go to bed. She also starred as Young Toni Harris, one of the first females to play college football, in the Toyota Super Bowl LIII commercial. Now at only eight years old, Makenzie is breaking molds. She penned her first children's book, Kickin' it with Kenzie, that teaches children to follow their dreams and that nothing will come easy, it all takes work. When she's not acting or helping her community through empathy and messages of anti-bullying, Makenzie enjoys science, art, sports, exploring, and making friends. 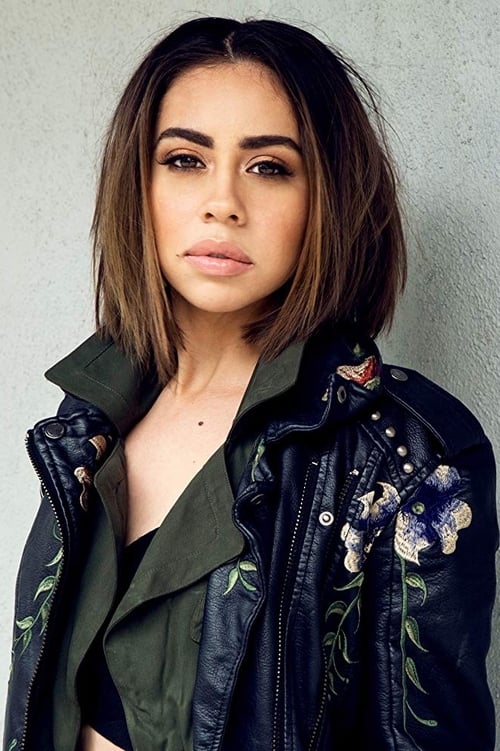 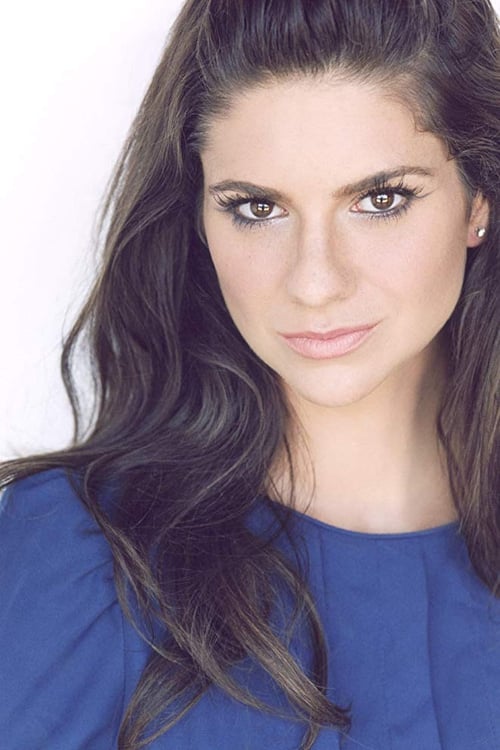 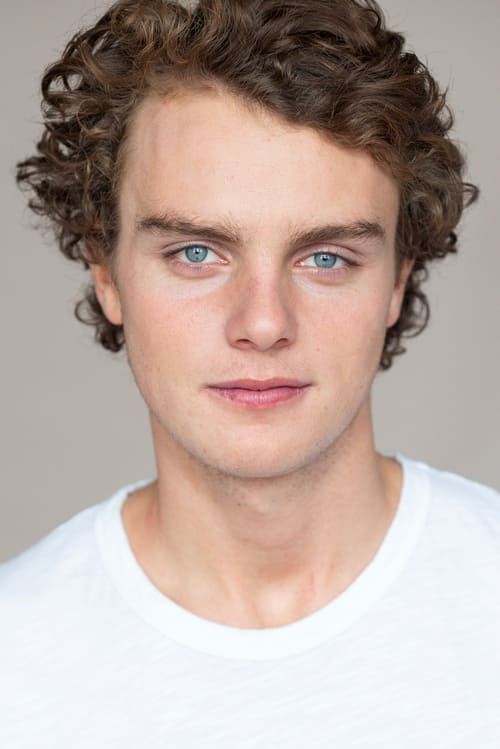