Whilst devoting his life to his work, Will Wagstaffe, also known as Staffe to his colleagues, battles personal demons. He's haunted by the unresolved murder of his parents, which affects both his private and professional life including his on-off romance with sometimes girlfriend, Sylvie. His closest relationship is with his sister Juliette, and young nephew Harry, who stays with him when Juliette has troubles with her boyfriend.

With no parents and no significant partner of his own, Juliette and Harry mean everything to Staffe. Determined and tenacious, Wagstaffe is an exceptionally good police officer, in spite of the fact he's been known for pushing the boundaries of what's considered acceptable policing. 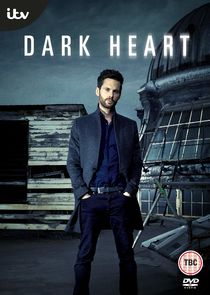 DI Will Wagstaffe is at London City Airport when his travel plans are put on hold. His colleague, DC Josie Chancellor calls to inform him of a gruesome murder. Staffe, along with Josie, DS Dave Pulford and DS Rick Johnson, are confronted by a horrific scene. A man in his early-forties, has been brutally murdered. As the team investigate further, they learn that the victim was arrested two and a half years ago on suspicion of sexually assaulting his young step daughters, Holly and Jasmine. He was remanded in custody for three weeks but there wasn't sufficient evidence and Collins was released. As the story unfolds, Staffe and his team delve deeper into the morally complex crime.

Staffe knows Juliette's boyfriend, Paolo, is bad news. But with a serial killer at large, his focus is on finding a connection between three accused but unconvicted paedophiles. The rage exhibited in all three attacks feels far too distinct to have been carried out by different people.

DI Will Wagstaffe and his team investigate the mysterious death of a young nurse on the London Underground. Whilst CCTV reveals the victim fleeing an invisible assailant, forensics find a DNA link to a missing teenager presumed dead for seven years. Aided by his new team DS Rob Mullan, DC Ray Monk, DC Annie Webb and pathologist Dr Luke Paul, Staffe unpicks a bond of secrets and betrayals which leads him straight into the dark underbelly of the city.

As the team delve deeper into the mysterious poisonings, attempts to cover up the supply chain signifies to Staffe that those responsible have a powerful influence. But as the pressure builds for Staffe to excavate buried links between Sofie Cerna and Nick Kyriacou, storms brew closer to home. Staffe makes his sister's fiancé Paulo an offer that will have far reaching consequences, but an unforeseen revelation puts him less in control of the situation than he had designed.

When a young woman is found murdered in an East London church, DI Will Wagstaffe and his team must establish if it's the work of her recent stalker or whether the answer lies in her complicated and tumultuous personal life. And as he circles closer to the truth, Staffe's own personal life spins dangerously out of control.

As the team delve deeper into the circumstances surrounding Suzy's death, details of her torrid emotional state reveal a surprising new line of enquiry. Elsewhere, Staffe is forced to confront the devastating fallout from his recent actions.