The series tells the story of detective DI Cadi John who returns to north Wales to care for her ailing father. However, when the body of a young woman is found in a local river, Cadi's world - and the world around her - is changed forever.

The bilingual version of the series, under the English name Hidden, was broadcast on BBC One Wales and BBC Four in 2018 and 2020.  The English-language version of the third and final series aired in April 2022. 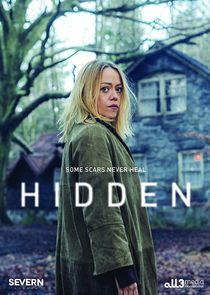 A man's body is found in a river and Cadi and Vaughan are called to investigate.

Father McEwan comes to see Glyn to ask how he is coping with what happened - to Siôn's shock. Cadi has to face facts that she hurt someone important to her.

Cadi and Vaughan interview Piotr, a Polish man working in the old hospital, but he has little knowledge. The sisters say goodbye to the house on the island.

Cadi throws herself into her work, and Siôn receives bad news in his work and demands answers from Father McEwan.

News arrives at the police station that a body has been found, and Cadi and Vaughan reach a realization about the case.

Cadi and Owen race to prevent Sion from doing something desperate. With the case solved, Cadi realizes she can't leave Wales behind without taking one last chance.