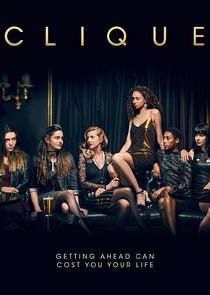 Holly is back for her second year of university, living with her friend Louise and two new younger students - Rayna and Fraser.

Rayna and Fraser are enthralled by Holly and her part in exposing the corruption at Solasta last year. However Holly finds their unwanted attention uncomfortable and just wants to keep her distance and move on.

Holly is shocked after the brutal attack. The boys close ranks as blame is placed at their door, and Holly and Jack's new relationship is tested.

Louise finds a place to fight for what she believes at an activist group, Women Rise, where she meets the charismatic politician Agnes Reid, who has a personal connection to recent events. Meanwhile the boys find themselves ever more entwined with Twitcher, the alternative media organisation led by Ben Howard.

Holly finds herself caught between both groups in her search for the truth. When she asks for help from an old friend, is she heading into more danger?

With Rayna missing, Holly finds herself desperate to discover the truth of that night.

When the university acts to punish the boys and expels Jack on the basis of an accusation, the boys go to town on the Dean of Students - and discover that he has some skeletons in his own cupboard. Unable to ignore corruption, Holly finds herself running with the boys - but are they mischievous or dangerous?

Louise starts to question the beliefs she's defended so hard. Is everything that Rayna has told Holly true? Is Agnes hiding more than corruption? Whilst everyone wrestles with their version of the truth, the events of that night on the beach take an awful toll.

In the light of tragic events, everyone is thrown. New evidence emerges at Twitcher about the night on the beach and Holly and Louise come together to find the truth about Rayna.

Holly decides to take matters into her own hands finding solace in her own dark past. As Jack questions his own role in events, he looks for comfort in his family.

Holly wrestles with her dark side as she attempts to mete out her own form of justice. And with Rachel alongside her, nothing is certain. Back in the city, Ben organises a March For Men - aiming a mob of angry young men at a predictable target. Barney and Aubrey find themselves on opposite sides of the battle.

Agnes starts to question her parenting - but the damage is already done. As everyone draws together, the rotten truths at the hearts of families, friendships and relationships will be dragged out into the light, with explosive consequences for all.