Circeo tells the story of the aftermath of the crime that came to be known as "The Circeo Massacre", which upset Italy in the 1970s, after two teenage girls were found in the trunk of a car in Rome, naked, wrapped in blankets and drenched in blood. One was dead, the other one alive. Focusing on the trial that followed and centering on the lone surviving victim, Donatella, the series reflects on a watershed moment in the path of the emancipation of Italian women, demanding (and eventually obtaining) the wholesale revision of laws on sexual violence. 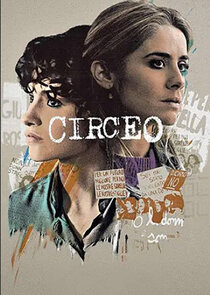 1975. Donatella and Rosaria accept an invitation from two Roma guys well, they end up in a nightmare. Donatella survives but her life will never be the same again. Teresa, a lawyer who fights for women's rights, found the case she was looking for.

The machine of justice moves and Teresa convinces Donatella to be followed by her studio. The trial is approaching and becomes a case in all the newspapers and Saverio has the scoop he was looking for, while Donatella struggles to return to normal.