An ordinary morning at a small-town High School turns into a nightmare when anonymous figures in masks have committed a massacre leaving four dead students. Chaos is at its peak. The school is surrounded by police cars. Ambulances and police forces are rushed to the scene, as well as terrified parents and journalists. Rami Davidi (37), a police detective from the special investigations, is one of the first to arrive at the crime scene. After all, this is his high school, the one he attended as a teenager. Along with everyone else he expects to catch the killers still hiding inside the building. But to their surprise, the rescue unit finds only terrified students inside, wounded and reeling with shock, along with four corpses. 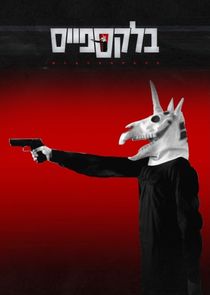 An ordinary morning in a small town in Israel is shattered by unicorn mask-wearing assassins who kill four students and terrorize the local community.

Detective Davidi is convinced the four arrested Palestinians are innocent and that the murderers are among the students. Tom makes a "safe" list.

Davidi is partnered with Morag, a younger investigator. Davidi breaks the rules but discovers the Black Space app and receives a chilling message.

A video is posted on Black Space explaining the massacre and making more threats. Davidi arrests two boys but their complicated stories offer no clues.

Davidi and Morag find evidence at the burnt tree behind the high school and at one of the students' homes. Davidi's eye gets worse.

Omer stumbles on a video that had been deleted from Black Space. Tom becomes agitated when he finds out about the video. Miri is rushed to the hospital.

Davidi is taken off the investigation but Morag insists on consulting him. Everyone is freaked out about Tom. Omer turns to Davidi with information.

Davidi can't be in two places at once and abandons Miri in labor to rush to a party at the school, where he believes the killers will reveal all.