Season 1 : Hotel Beau Séjour. Kato, covered in blood, wakes up without any recollection of what happened the night before. Moreover, nobody seems to see or hear her. Slowly it sinks in: she's dead. Who did this to her? And how come a handful of people can still see her, as if she's among the living? Why them specifically? In her search to uncover the truth Kato will discover that a lot of secrets lie dormant under the surface of her supposedly peaceful village community.

Season 2: Maurice, a former sea Captain, sees his body hang from a mast. He does not believe that he could kill himself and investigates to prove to his family this was not a suicide. 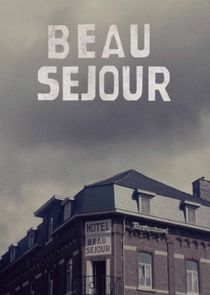 Former naval officer Maurice sees his own lifeless body dangling from the mast of his sailboat 'Beau Séjour'. He wakes up on the beach hours later, but nobody can see or hear him. He's wandering around like some kind of living dead man. But why?

Maurice still has no memory of the night of the storm. He starts an investigation and seeks the help of Vinnie. Maurice discovers that there are more 'seers', people who can still see him and with whom he can talk.

The visit to the notary causes a stir among the sisters and Bea. Maurice comes face to face with them. Vinnie speaks to the medical examiner, he is convinced that something is not right.

The truth about the bonfire sheds new light on the night of the storm. Vinnie takes Maurice to an interrogation, but this does not work out well. Lola's heartbreak gets out of hand.