The miners reveal secrets behind what it takes to strike it rich. 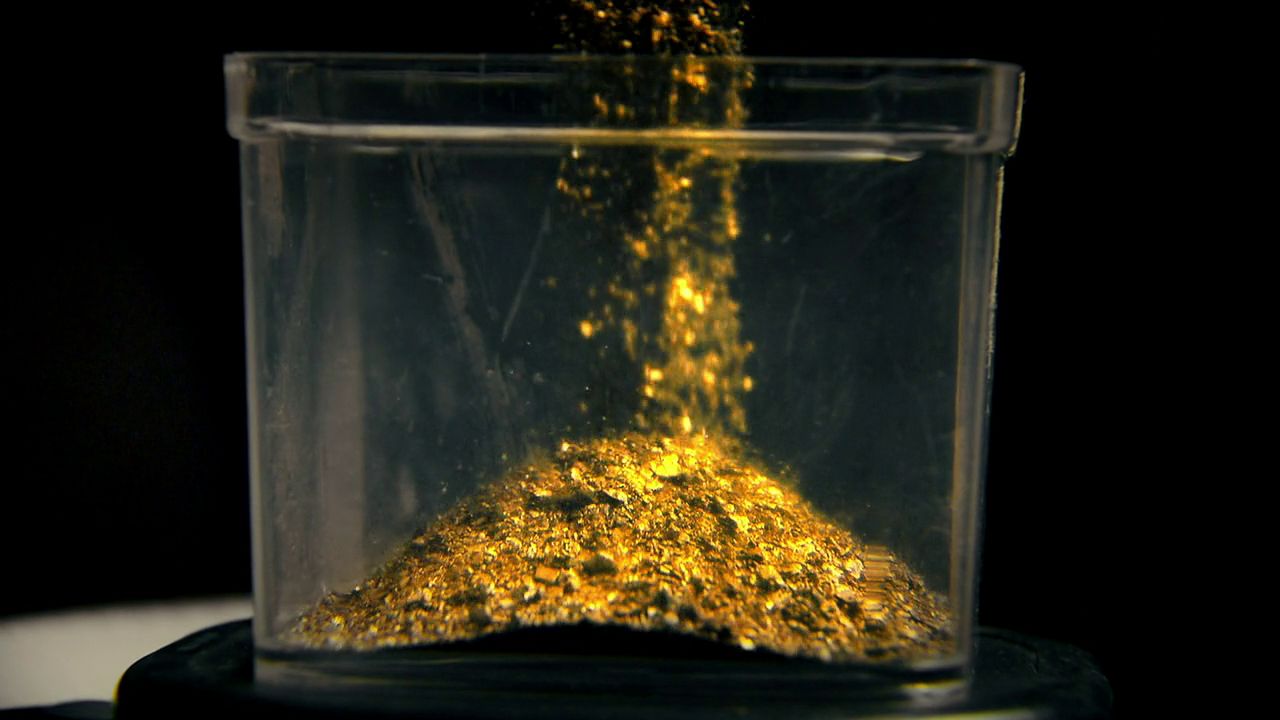 The Legend of Porcupine Creek 11. évadhoz 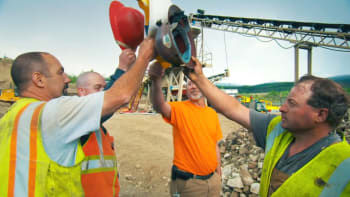 Confessions of a Record-Breaking Season 11. évadhoz

A crisis in the Klondike sends Parker, Rick and Tony in new directions. Parker breaks a major record mining his own ground. Tony abandons his dredges and moves his entire operation to the Hill. Rick gambles to find massive nuggets in Keno. 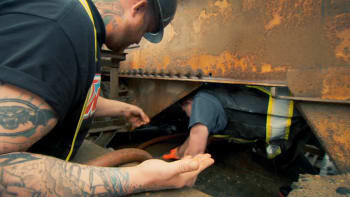 Shutdown, But Not Out 10. évadhoz

As gold prices hit record highs, Parker, Rick, and Tony are poised to have their biggest gold hauls ever. But a global pandemic may end their seasons before they even begin. With an economy on the brink of collapse, each man must forge a new path.

Parker, Todd, Tony and Rick battle the elements, equipment meltdowns and each other to pull in a staggering $70 million in gold.

Parker on the Move 10. évadhoz

To save his mining future and rebuild his team, Rick Ness reunites his crew for a new mission: soup up an old UTV and compete in a 500-mile race across a frozen lake. When the guys are together, he learns that one of them won't be going back.

You Can't Stop the Beets 10. évadhoz

Tony and his family spend time together looking back through the successes and failures from their year's mining for gold. Tony assesses which of his kids might take over one day.

Last year was the biggest haul ever for the miners, despite the extreme hardships and challenges Parker, Tony & Rick faced. Experience all the highs and lows from the epic 2018 season which could be last time all three men mine in the Klondike.

Nine years ago, a group of men traveled deep into Alaska and the Klondike, risking it all to prospect and strike it rich gold mining. Embed with these crews chasing the American Dream for nearly a decade and see how they got to where they are today.

Back to the Future 10. évadhoz

An extended sneak peek of the all-new season of Gold Rush reveals a crisis in the Klondike forcing the miners in new directions. We go back to the beginning, nine years ago, revealing the pivotal moments that got each man to the crossroads they now face.

Three Sides to Every Story 9. évadhoz

Sit down with Parker Schnabel, Rick Ness and Tony Beets as they discuss the biggest moments from this past season of Gold Rush.

All three mining teams crack beers for a rowdy roundtable discussion about the richest season in Gold Rush history. Fences are mended, the winner for the biggest disaster is crowned and Christo gets the bosses to reveal secret plans for next season.

Experts step in to help the miners of Gold Rush with technology, ingenuity and mechanical innovation to find the most prized element in human history.

Clash in the Klondike 9. évadhoz

The extraordinary life of America's favorite new mine boss, Rick Ness. From college football to touring with a rock n roll band & finally ending up in the Yukon as Parker's right hand man. We see what led Rick to decide to start a claim of his own.

Charting the journey of entrepreneur Todd Hoffman, gold-mining prodigy Parker Schnabel and King of the Klondike Tony Beets as they embark on their gold-mining seasons.

End of an Era 9. évadhoz

The 2017 mining season changed the course of Gold Rush forever as one miner says goodbye after eight years. Todd bets Parker 100 oz of gold that he can mine the most this season. Parker also goes to war with Tony as he makes a bid for independence.

Todd Hoffman sits down to discuss his past eight seasons on Gold Rush and what his exciting next chapter will be. 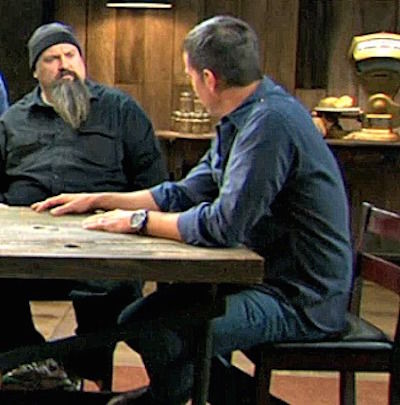 After a record breaking season, sit down with Parker Schnabel and Tony Beets as they discuss the biggest moments from this past season of Gold Rush.

Parker Schnabel and Tony Beets are locked in a fierce battle for independence and supremacy. The deep rivalry between the gold-mining prodigy and the Kind of the Klondike has produced some of the series' most dramatic moments.

A look at the monster machines featured on Gold Rush, which have trapped more than eighteen million dollars worth of gold.

To deliver incredible gold hauls, the miners have to keep the equipment running at all costs. The miners look back at the worst breakdowns and heroic fixes.

A rogue gunman fires shots at the crew; Tony tears apart his 500-ton dredge; Todd interferes with his son's wash-plant; Parker battles to move a 150-foot conveyor; frozen ground causes issues for everyone.

The Legend of Dozer Dave 8. évadhoz

Dave Turin had been at Todd's side helping him mine millions of dollars of gold, until a shocking bare-knuckle fistfight explosively led to Dave quitting; Dave's story over seven seasons.

In an action packed look at Season 7 of Gold Rush Parker faced the tragic loss of his mentor Grandpa John and bet big on a $600,000 wash-plant to chase a record gold haul. Todd moved his entire operation to Oregon in search of a mountain of nugget.

A look back at the last season of Gold Rush including an exclusive sneak peek of the upcoming season where new claims, miners and machines are revealed.

Following in the footsteps of legends, Parker Schnabel and Rick Ness discuss and tease their newest adventure of taking on the Gold Rush Trail. They reflect on game changing moments from this past season.

The washplants featured on Gold Rush have trapped more than $18m worth of gold, but which monster machines have made the most or lost the most money?

Todd Hoffman sets out to escape the economic downturn and build a better future in the gold fields of the frozen North.

In Season 6 of Gold Rush, Parker Schnabel goes head to head with rival Todd Hoffman to see who will be King of the Klondike. Klondike legend Tony Beets puts sets out to prove that the future of gold mining involves a decrepit 70 year old dredge.

The Story So Far 7. évadhoz

The rags-to-riches story of gold miners Todd Hoffman and Parker Schnabel, and an examination of their competitive professional rivalry.

Parker goes from a fifteen-year-old boy who learns from his grandfather to a twenty-one-year-old major player in the Klondike.

Reflecting on the show's fifth season; a sneak peek of season six.

Behind the scenes with the production crew

The Jungle: The Return 3. évadhoz

Facing financial ruin, Todd & Jack make the decision during the off-season to go deeper into debt for one more crack at hitting the motherlode.