Tangled: Before Ever After // 1. évadhoz

Set between the stories told in Walt Disney Animation Studios' acclaimed film Tangled and its short film Tangled Ever After, this visually vibrant animated adventure/comedy movie unfolds as Rapunzel acquaints herself with her parents, her kingdom and the people of Corona. Her irrepressible spirit and natural curiosity about the world lead her to realize that there is so much more she needs to learn before she can accept her royal destiny. So, she boldly puts her coronation on hold to instead seek epic adventures, much to the dismay of the king who, after missing out on Rapunzel's youth, must accept that his daughter is now an independent young woman. But when her long blonde hair suddenly grows back, she must accept its magical qualities and all that it represents. Accompanying Rapunzel on her journey are Eugene (FKA Flynn Rider); her loyal chameleon sidekick, Pascal; her no-nonsense, dutiful horse, Maximus; the Snuggly Duckling Pub Thugs; and newcomer Cassandra, a tough-as-nails lady-in-waiting who becomes Rapunzel's confidante. 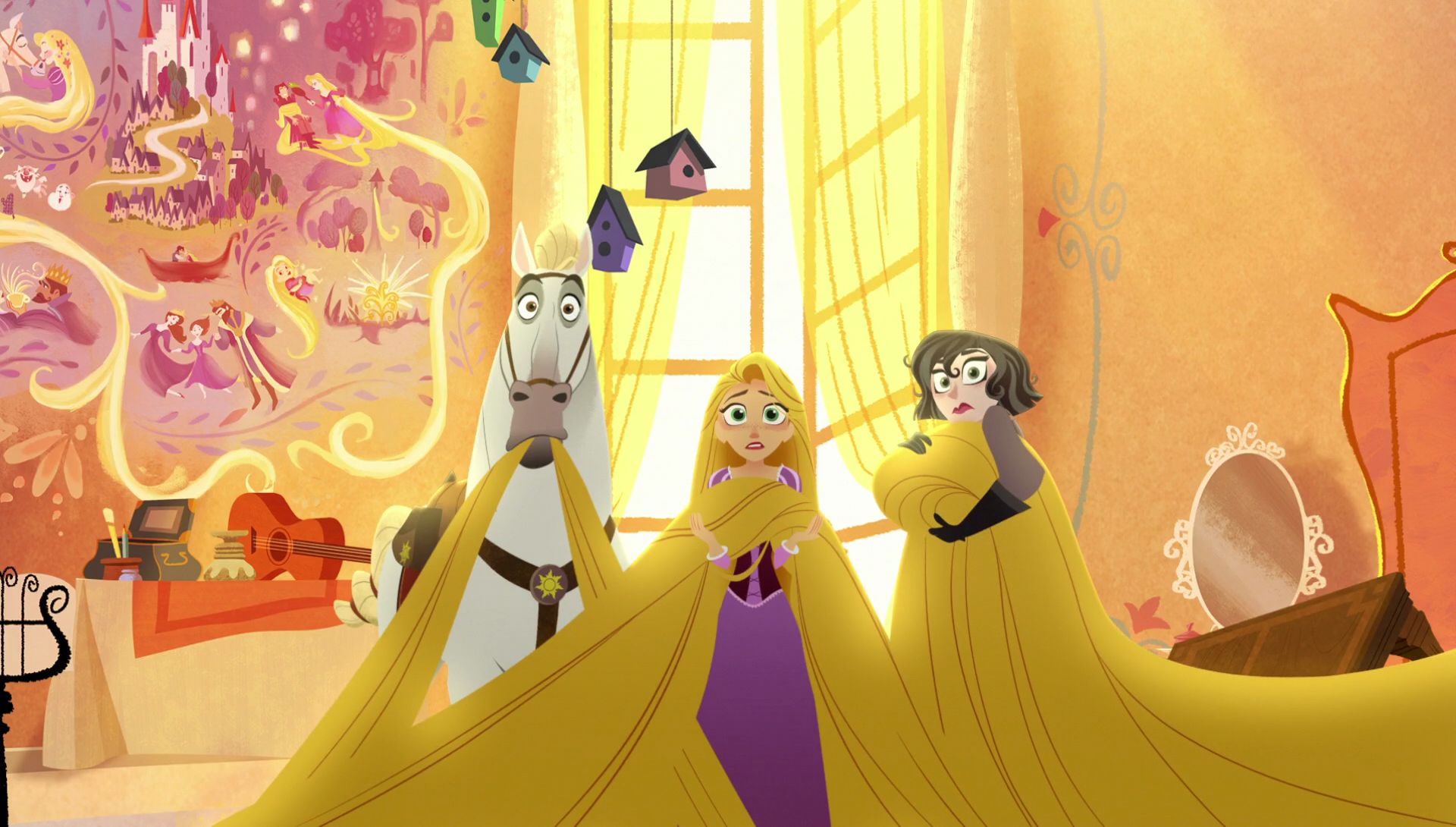